An automated guided vehicle, or AGV, is an autonomous robot that moves along a planned path using various technologies. Generally used to transport goods, raw materials, pallets, or any other item for industrial or logistic applications, it is dedicated to automating and optimising the various flows. It interacts and collaborates with workers to lighten repetitive tasks representing no concrete added value.

There are several types of AGV & AMR depending on the tasks to be carried out: AGV shooter, crawling AGV, AGV train, and AGV carrier. The technology used by Iscitec International is simple, efficient, robust, and easily scalable to the company changes. The BTA is a substitute for forklift drivers or, in some cases, for conveyors.

Controlled by WCS Isipick®, the Automated guided vehicle solution – provided by Isitec International – will allow you to connect your AGV/AMR to your WMS / ERP system and all your other support tools for production or order picking.

Simple and effective technology of “Karakuri.”

The AGV shooter will automatically load and unload the containers (boxes, carton cases and pallets) using gravity. This solution, the said “Karakuri” in Japanese, presents the advantage of being 100% mechanical, reducing automation costs.

Ideal for use in confined areas.

Widely used in the automotive industry and now by the big market places, the crawling AGVwill pass under the cart or the roller furniture to be carried, then will hook it by a system of “pin hook” in order to convey it. The objective of the crawling AGV is to optimise its length with its cart and thus to be able to pass into more confined spaces.

Optimise the movements of your AGV

Very common in the industry, the AGV train, as its name suggests, will serve as a locomotive to take charge of the wagons (one or more) from one station to another. Equipped with an LED pointer, the AGV train makes it possible to carry out dynamic Pick and Put to light. A true revolution.

The AGV of the factory of the future

No more fixed installation by rigid infrastructures, bring the LEAN management to your inventory with the AGV carrier.

An AGV (Automatic Guided Vehicles) or AMR (Autonomous Mobile Robot) is an autonomous vehicle that moves autonomously along a planned path using various technologies such as magnetic line, track, laser or GPS.

It is generally used to transport goods, raw materials, pallets or other items. Initially used in an industrial environment, it is also increasingly used in warehouses, for example to transport products from one workplace to another.

This  autonomous driverless cart can move along a planned path, orienting itself in space thanks to various technologies, such as:

The self-guided trolley is battery operated and is equipped with a safety system, as well as various additional mechanisms, such as a mechanism for charging and unchanging loads. Its main task is the handling of objects (goods, pallets, boxes, etc.) and is also used to lift and stack loads.

In fact, by using AGV systems, you will improve handling efficiency and thus increase productivity. Among the advantages of AGV systems, it should be noted:

The 3 main types of AGV 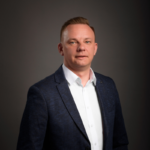